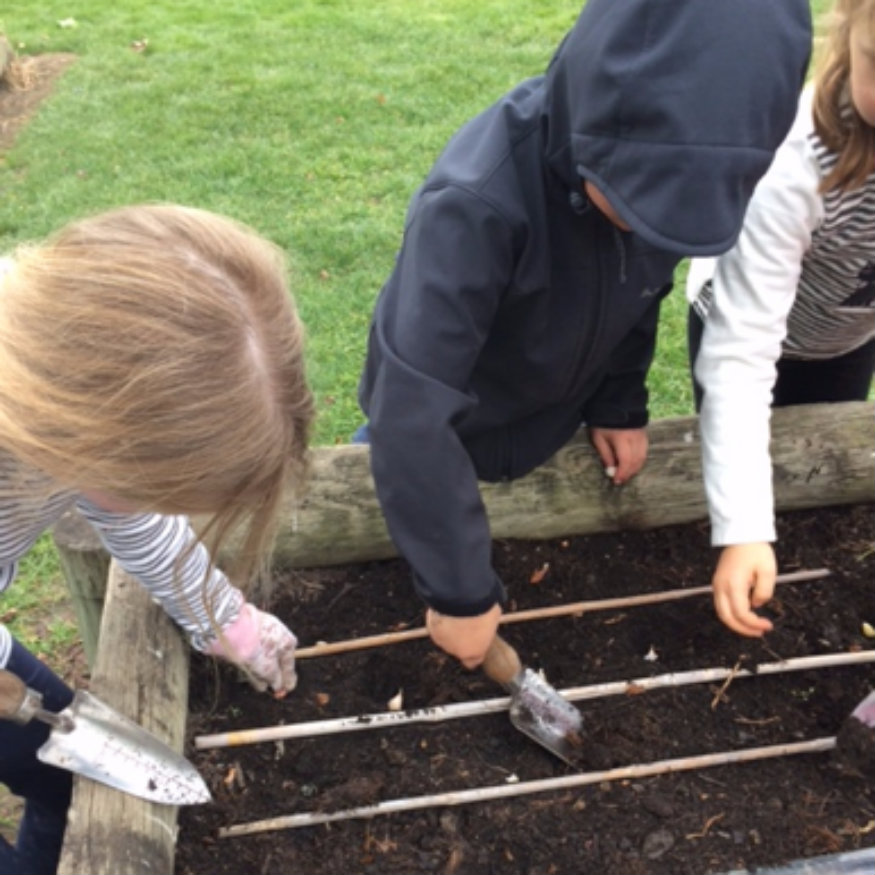 The focus for Term 2 was compost making, starting with the critters that help with that process – the ‘Recycling Gang’!  The children laid out samples of compost onto tarpaulins, then used their observation skills to look for and identify some of the bugs living in their compost heap.  They found worms, slaters, centipedes and slugs.  Next, they watched a video clip on a bug that we don’t want in New Zealand: the brown marmorated stink bug.  Now that these students know how to identify insects, they will be able to be super sleuths in our gardens, protecting our fruit and vegetables from unwanted invaders.

The next topic explored was winter pruning.  The students learnt that we prune to ensure the health of our fruiting trees and vines, and to maximise our crops in the coming season.  To learn the basics of pruning out dead, dying, or damaged branches, the children marked any branches that they thought needed pruning with pipe cleaners.  It gave each student the opportunity to make pruning decisions, and to observe and discuss the decisions of others, before any cutting was carried out.

The final topic for the term was Matariki, and the meaning of the Maori New Year in the school garden.  The children read a karakia before starting work. The karakia talked about having faith, hope, patience and perseverance, and reminded the students that by looking, listening, and working together as a team, they can succeed.

Matariki falls around the shortest day of the year, which is also the day when garlic is traditionally planted.   The children dissected and sorted the good cloves from the bad, counted how many cloves they had, and then planted them, measuring out planting distances.  While in the garden, the children discovered that one of their mandarin trees was sick.  With magnifying glasses they found the culprit: scale.  Treating the tree with a homemade formula of 50:50 dishwashing liquid and water, they wiped all the leaves to remove most of the scale and mould, and hopefully suffocate any lingering scale insects!  The children then covered it will frost cloth to protect it from any further frosts.