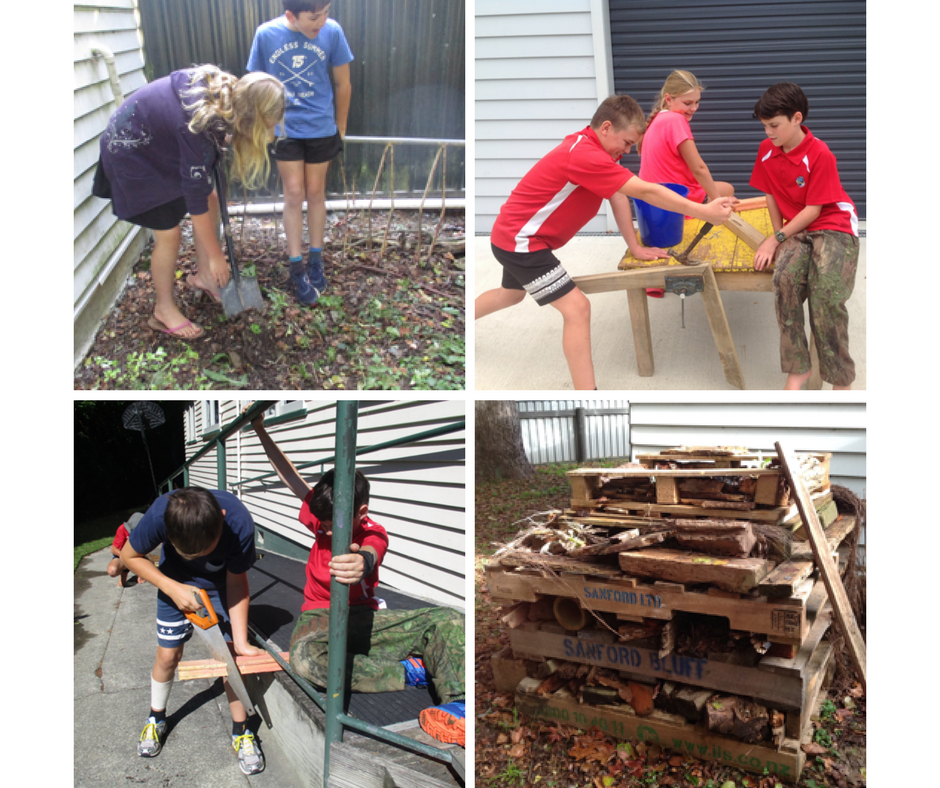 Students have been busy taking ACTION at Canvastown School this year.  Here are two great descriptive stories written by the students about two student-led construction projects.  It is so fantastic to be able to share writing that students have done about their projects – please send us yours too!

What we did:We rebuilt the Bug Hotel

Why we did it:We rebuilt the Bug Hotel because it was old and it was rotting.

How we broke it apart: Shianne used her muscles, a hammer and a crowbar to break it. Charlie helped as well.They tore it apart wood from wood. We also dug up pittosporum tree saplings, to use for our next project. (The Living Hut).

Problems we encountered:The problem we encountered was trying to find a place to put the Bug Hotel and a person to give us the pallets.

How we overcame this problem: We all decided that we would put it by the big pine tree next to the road because it was not  too busy around there and Griffin’s mum gave us some extra pallets.

How we did it: We recovered the pallets from the old hotel, along with the rotting wood and bricks. We lay the pallets down on the new spot, then layered it with mesh, sticks and bricks. Then we put a second pallet on top of that, with layers of rotting wood and mesh. We put a small pallet on top of that, then covered it in dirt and mesh. Finally we planted seeds and plants in it! We planted a Nasturtiums,poppy seeds,calendulas and Begonias.It was finally complete!!! 🙂

The finished project: Step by Step 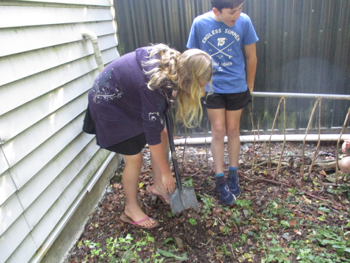 Digging up the pittosporums 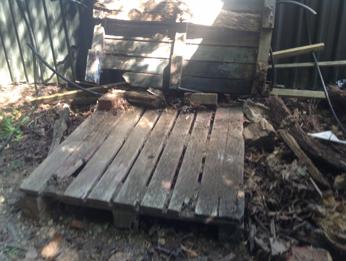 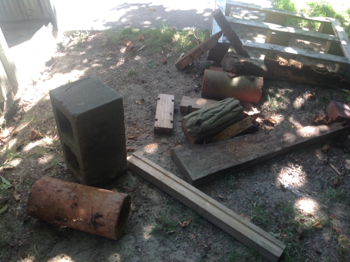 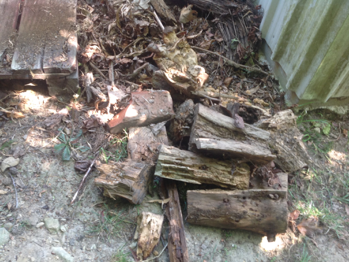 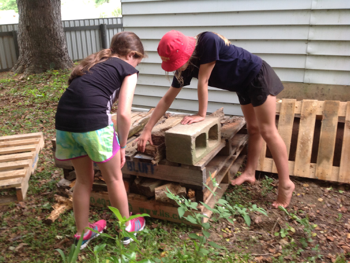 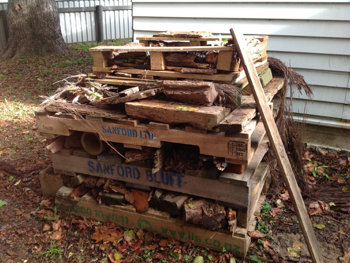 New surrounds for the citrus trees

Damon, Kane and I (Millie) made two citrus surrounds for the trees. All the other trees already had surroundings so we had to put more surroundings on them so the mulch would stay in and around the tree trunk. It took us a while to cut all the pieces of wood and all the right angles.

Problems we encountered and how we overcame them?

We came across a problem along the way, we didn’t cut the angles exact so the pieces did not fit together. We had to recut some of the angles and then they all fitted together. On the second surrounding we did it different so it would be easier. We put the four pieces of wood so the sides were straight and there were no angles. Otherwise we would probably have to redo the angles again.

Why we did it? 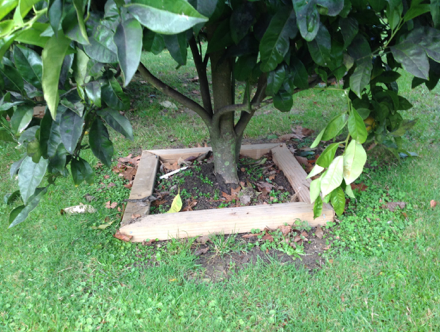